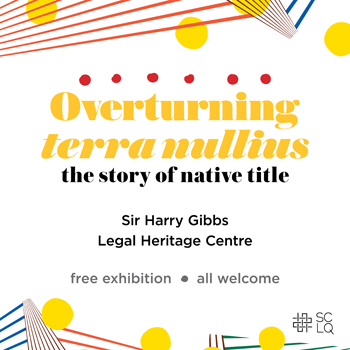 With Captain James Cook’s declaration of sovereignty in 1770, all inhabitants of Australia became subject to the law of England and the native title rights of First Nation peoples to occupy, use and enjoy traditional lands were ignored. It would be over 220 years before the Native Title Act 1993 (Cth) would restore some legal recognition of these original and enduring rights nationwide.

Learn about the people and the two judgments that were particularly influential in shaping native title law reform:

Free tours available for community and education groups—find out more.

Back to Top
Feedback